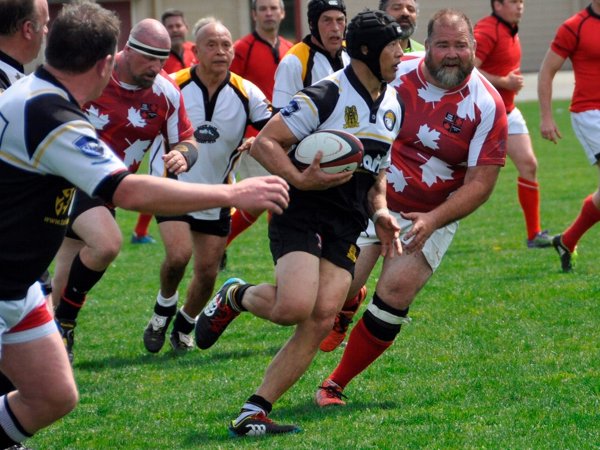 Twenty Ebb Tiders and 16 Snow Caps took to the field on Saturday, May 4, 2019 at Macdonald Park in Victoria. The game began with a solid, high kick from the Snow Caps with Ebb Tide captain Paul Eby calling, “My ball!” only to miss it over his head and eventually in the hands of the Snow Caps. The Snow Caps now masterfully in control, bore down on Ebb Tide, intent on scoring the first try, and soon knocked it on. The ensuing Ebb Tide scrum, all 230 stone of it, drove the Snow Caps backward to release the ball for scrum-half Paul Cao to score the game’s first try on a 40 yard run. But after the try, and followed by numerous knock-ons by centre Nelson “I wear mittens” Bath, the Snow Caps secured possession and drove Ebb Tide back to their five. Phase upon phase, the Snow Caps hammered Ebb Tide like stormy seas against a break-water. But the break-water held, denying the surge into the try zone. 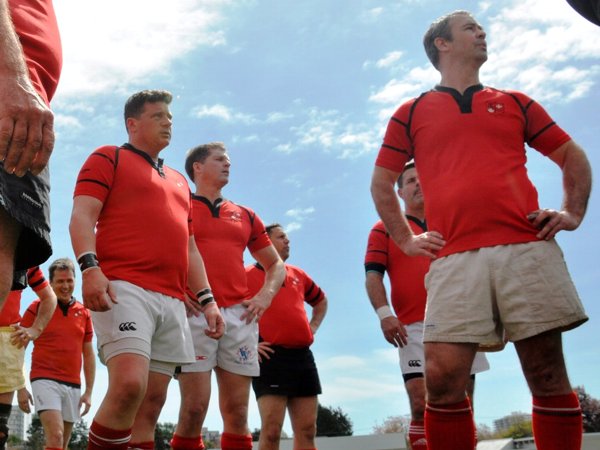 The knock-ons continued throughout the second quarter was if both sides had spent weeks training in preparation for this special day. But in the third quarter, the divine nature of rugby was witnessed by fans and players alike. In a blitz of what bore resemblance to a Six Nations final, Ebb Tide came at the Snow Caps with the most spectacular try witnessed in old-boys rugby.

Scrum-half Paul Cao started the charge, bobbing and weaving through the defence, eventually off-loading to Nelson “I don’t wear mittens anymore” Bath who scampered from centre and into the Snow Caps 45 before making a cheeky pass to other centre Kevan Letawske. Keeping with momentum and at pace, Kevan passed to captain Paul Eby who also off-loaded to Nelson (again) all the while running in support. Then with another bonnie pass, Nelson, about to be tackled, hands off to lock Don Swainson who takes on a couple of Snow Caps tacklers and gives the ball back to Nelson for a third off-load. And with that, Nelson “I’m winded now” Bath went in for the try. 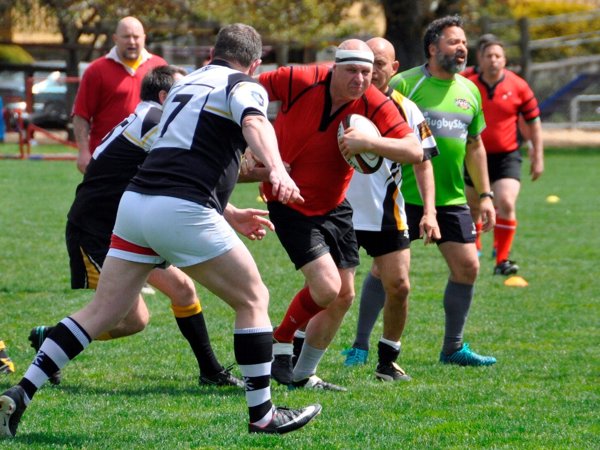 The game continued on with both squads slogging it out for ownership of the pill. The knock-ons slowed down as the teams got down to the business of rugby. A few Snow Caps went down with some minor injuries and Ebb Tide offered up players to help even the sides starting with 70-something year old Bill Spiller on wing. It was an offering… Both Rick Kotzian and Don Swainson also joined the ranks of the Snow Caps and soon forgot about their Ebb Tide affiliation. Don even scored the last try of the game for the Snow Caps.

It was another great day of old-boys rugby, comradery, renewal of old friendships, and the beginning of new ones. After the game, Ebb Tide provided a home-made macaroni and cheese lunch especially whipped up that morning by Tim Walshaw from an old Acadian family recipe that had everyone going back for more. Thanks, Tim for a great meal!

And a big thank-you goes out to ref Pierre Lachetti for saving the game day and being our referee. We couldn’t do it without your dedication and commitment. Thank-you, Pierre.

The Ebb Tide Man of the Match was Don Swainson for swinging both ways, and an honourable mention to Paul Cao for the moves on the field.
The Snow Caps Man of the Match was Chris Laine, a try-scoring loose-head prop that answered the call in the scrum and on the field.
Lastly, the Ebb Tide Red Jacket went team captain Paul Eby for being… for the being the captain and always selflessly leading the Ebb Tide squad from the front season in and season out. 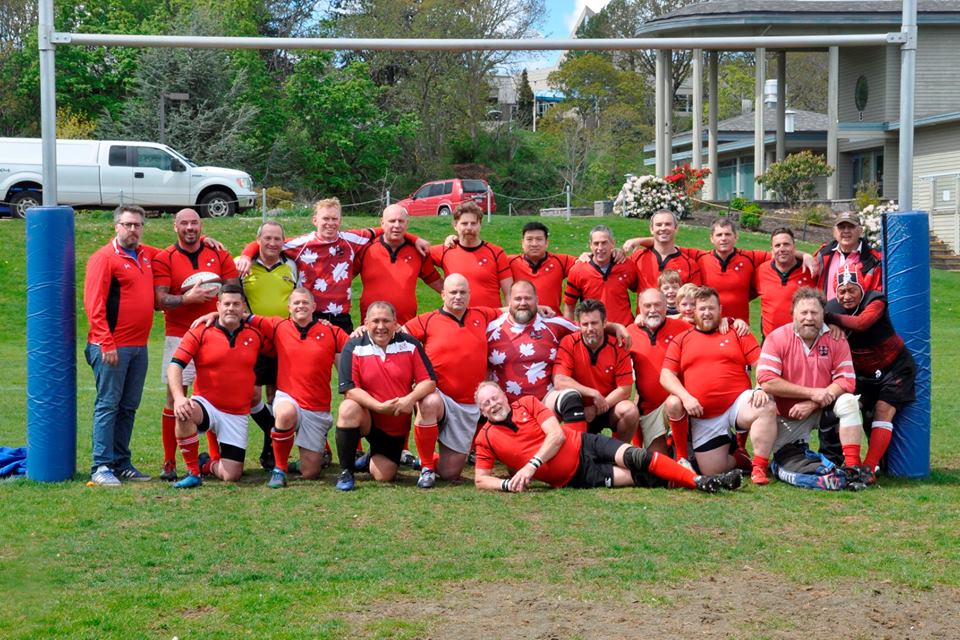 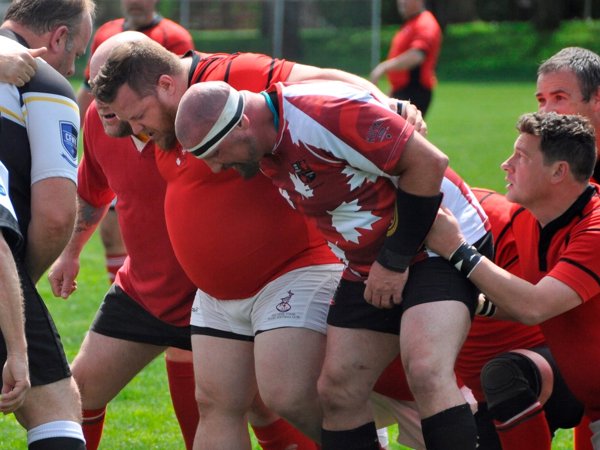