It was a bright spring-like day on the 9th of April 2017. Several weeks prior, in a moment of brilliance it was decided to make the game a four-way seeing that 2 regulation games were about to be cancelled due to lack of numbers; Nanaimo vs Abbotsford and Ebb Tide vs Everlegends.  It became an Island vs Mainland affair.  Thus, Nanaimo filled the ranks of the Ebb Tide while Abbotsford joined the Everlegends for the trip over to the Island.  Ebb Tide still lent 2 players to the Mainland side: thanks to Jamie and Tim.

Nanaimo and Ebb Tide seemed to gel quite well together despite normally opposing each other and at first there might have been some confusion over friendly and opposition players but it seemed to sort it itself out.  There was good communication in the front pack players which helped to move the ball out to the backs and build a comfortable lead of 4-0 by the half.  The substitutions helped to keep the squad from tiring out too much.

The second half saw the Mainland force find some gaps in the Islanders defense and score a couple tries which were answered by a couple of tries from Nanaimo teammates. Final score 6-2 in favour of the good guys.  Try scorers: Allon Beck, Paul Eby, and Jon Romhpf and 3 Nanaimo players Mike, Martin, and George (hopefully got the names close).

The coveted red jacket went to Kevan for his good play in the backs and the Mainland squad chose Rob Phillips as their Islanders player of the match.  Austin Jay put in another great effort preparing the lunch for the post game meal which was well received by all.  Special thanks to Rob Klatt who was voluntold to be referee for the match, which he previously agreed to. 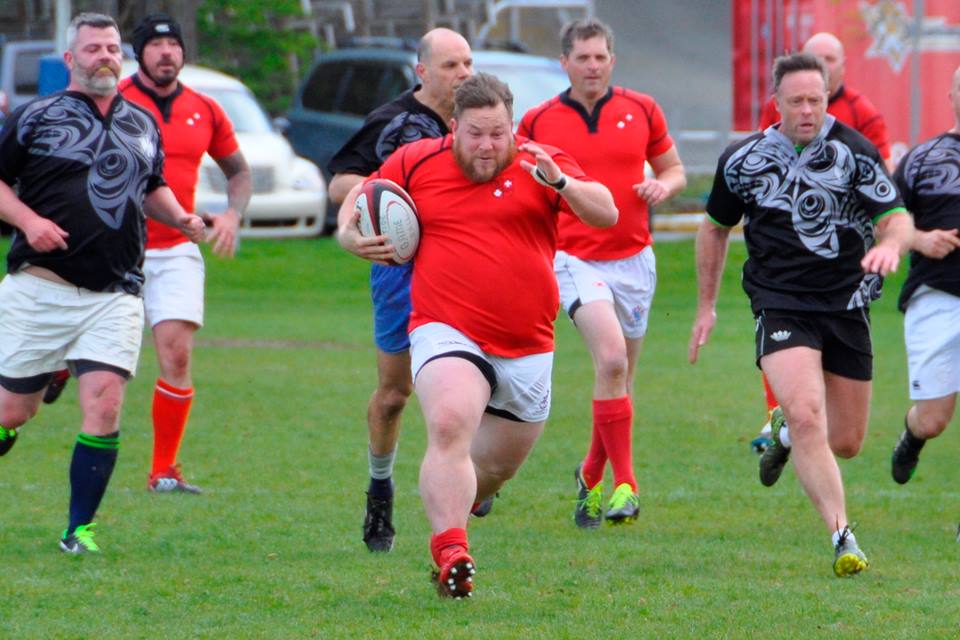 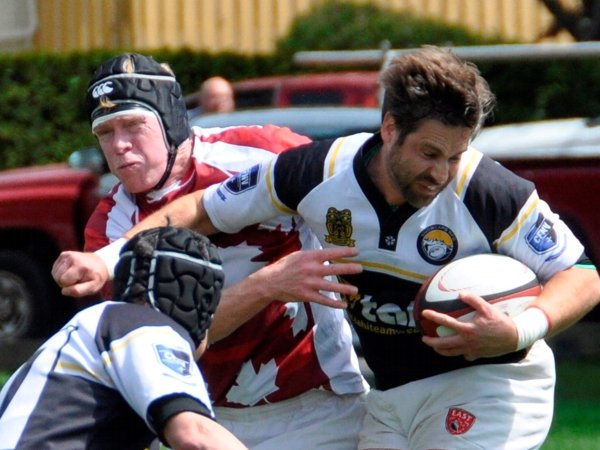